HomeLilly Ledbetter
A- A A+

“In our view, the court does not comprehend or is indifferent to, the insidious way in which women can be victims of pay discriminations.” – Justice Ruth Bader Ginsburg  May 29, 2007

Lilly Ledbetter was hired at the Goodyear Tire Factory in Gadsden, Alabama as a manager in 1979.  In 1998, 19 years into her employment, she received an anonymous note showing her that she was earning thousands of dollars less than her male counterparts. Title VII of the Civil Rights Act of 1964 prohibits employers from discriminating against  employees on the basis of sex, race, color, national origin, and religion.  As such, Ledbetter filed a sexual discrimination suit with the Equal Employment Opportunity Commission (EEOC) and won.  She was awarded $3.3 million in damages, but her case was lost on appeal.

Not willing to quit fighting, the case was taken to the Supreme Court.  On May 29, 2007, the court ruled against Ledbetter with a decision of 5-4.  Justice Ginsburg read her passionate dissent from the bench and urged Congress to undo the Court’s decision:

“Today, the ball again lies in Congress’ court…to note and to correct this court’s parsimonious reading of Title VII.”

What does this mean?

Title VII of the Civil Rights Act of 1964 regulates that charges must be filed within 180 days of the alleged discriminatory act.  In the case of Ledbetter, the battle was all about the timing.

The majority opinion of the Supreme Court upheld that Ledbetter’s complaint was time-barred because it was not filed within 180 days of the discriminatory act, which they interpreted as the date she received her first discriminatory paycheck – in 1979.  According to the ruling, this was when the first decision to discriminate was made and started the clock on the 180 day limit.

“The Supreme Court told me that I should have filed a complaint within six months of the company’s first decision to pay me less even though I didn’t know about it for nearly two decades.” – Lilly Ledbetter

The Lilly Ledbetter Fair Pay Act overturned the decision by the Supreme Court, and made it clear that employers could not simply hide their discriminatory pay practices and wait out the 180 days. Each new paycheck violated the law if its results were from a discriminatory decision made in the past.  Now, women can fight for equal pay even if they were unaware that they were initially discriminated against.  It also takes away the incentive for employers to hide pay discrepancies as they did under the previous Supreme Court ruling.

Thanks to Ledbetter’s determination and drive to fight for what was fair, those who are unknowingly paid less for their work have the ability to fight back and right these wrongs.

“But equal pay is by no means just a women’s issue – it’s a family issue. It’s about parents who find themselves with less money for tuition or child care; couples who wind up with less to retire on; households where, when one breadwinner is paid less than she deserves, that’s the difference between affording the mortgage – or not; between keeping the heat on, or paying the doctor’s bills – or not. And in this economy, when so many folks are already working harder for less and struggling to get by, the last thing they can afford is losing part of each month’s paycheck to simple discrimination.”    -President Obama 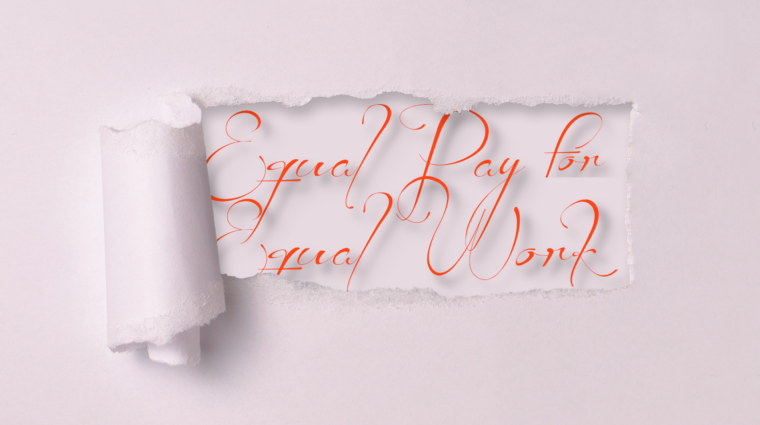